In this segment of the discovery series, we uncover the QR Code Creative and how brands can work with publishers offline and its powerful tracking capabilities to help marketers report real-time traffic from offline promotions. 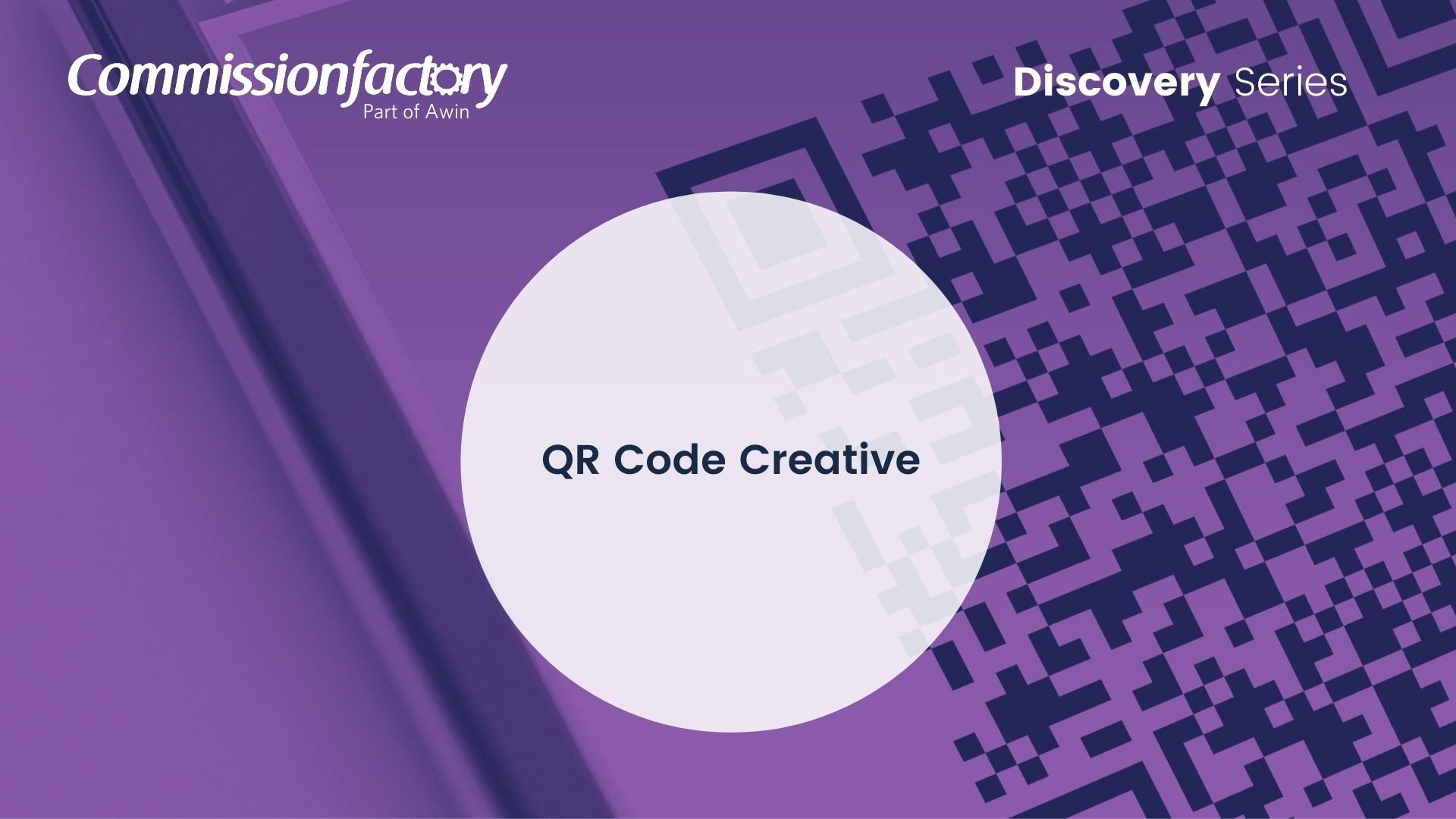 The QR code was invented back in Japan in 1994 as an extension of the barcode to capture more information during the manufacturing process.  It was opened up to the global stage in 2000 by its introduction by the ISO International Standards. The fast decode speeds of information, versatility, and the smartphone's birth made it the perfect choice for above-the-line marketing as it could easily connect the real and digital world around us. (1)

Despite being the first technologies of its kind, it never quite lived up to the high expectation and lost momentum due to the requirement of additional applications for use, opening inactive websites or not scanning due to lighting conditions, phone capabilities and general lack of consumer adoption.

Twenty years later, and a vast improvement in technology, we have come to see QR codes as a common sight during the COVID period, as venues began utilising them for quick check-in and contact tracing measures. Beyond the pandemic context, they also look to be translating into the field of contactless payments in Australia, as EFTPOS announced in February 2021, a national QR code payment network set to roll out in Australia by 2022(2). But what is a QR Code?

What is a QR Code, and What Challenges Does it Address?

QR stands for Quick Response. It is a square ‘barcode’ style image made up of smaller squares and shapes, which directs users to a webpage through a redirect triggered when a dedicated code reader or smartphone camera scans the code. (2) The main difference between QR code and bar code is they store more information than barcodes, as they hold information horizontally and vertically, while barcodes only store information horizontally. (1)

Whether used on product packaging or offline promotions, the QR Code is not only an innovative means for brands to deliver an enhanced customer experience, it also has proven success in conversion, customer engagement, and increased ROI.

It also provides an effective tracking method to track offline promotional activity to online sales and traffic. Therefore, traditional mediums in marketing such as brochures, billboards and magazines can meaningfully track relative sales to campaigns and provides a way to get in front of a new audience for digital companies.

As QR code usage becomes more recognisable and intuitive, the opportunity to use QR code as a tracking medium has come about and is now the norm. QR Code is a simple and easy way to store data through a transferable image. With Commission Factory’s new QR Code generator, publishers can produce trackable creatives and place QR code across their promotional methods, directing traffic to an advertiser’s mobile site.

The QR Code creative provides publishers and advertisers with a way to create a tactile tracking medium that can report real-time traffic, conversions and sale value driven by offline promotions. QR Code can be set up with customised commission rates and can deliver individual reports to truly identify incremental revenue driven between QR code and other campaigns.

QR Code Creative is an excellent resource for publishers who wish to drive traffic to a brand’s mobile store through other mediums such as print, email, social media and online images. QR Code provides a trackable medium that can be shared and placed where traditional affiliate links cannot. They do not require a “click” and can serve an audience that may not be online or on an affiliate website.

Publishers can go to our help centre article to find out more about creating a QR code tracking link.

Four Creative Ways to Use QR Code in Affiliate Marketing

For publishers, here are few ideas to inspire future campaign activity with advertisers.

Tips on how to use the QR Code functionality

To make the most out of the QR Code, here are a few things for publishers to consider.

For advertisers, now is the time to engage with publishers and use the QR Code Creative, as consumers are savvy on how to use a QR code, as it is part of everyone's every day. Here are a few reasons why advertisers should use QR codes: -

Commission Factory is not only the Asia-Pacific region’s largest affiliate network, working with more than 700 of the world's biggest brands, but is also a performance marketing platform that allows content creators and influencers to earn money and online businesses to increase sales.

Register as an Affiliate or an Advertiser today.

(1) How QR Codes Work and Their History

(2) Australia is Getting a QR Code Payment System