How Commission Factory is Helping to Reduce E-waste

With 70% of toxic chemicals found in Australia’s landfills generated by e-waste, Commission Factory has partnered with Ecoactiv (a company which recycles and repurposes e-waste) to help address the problem. 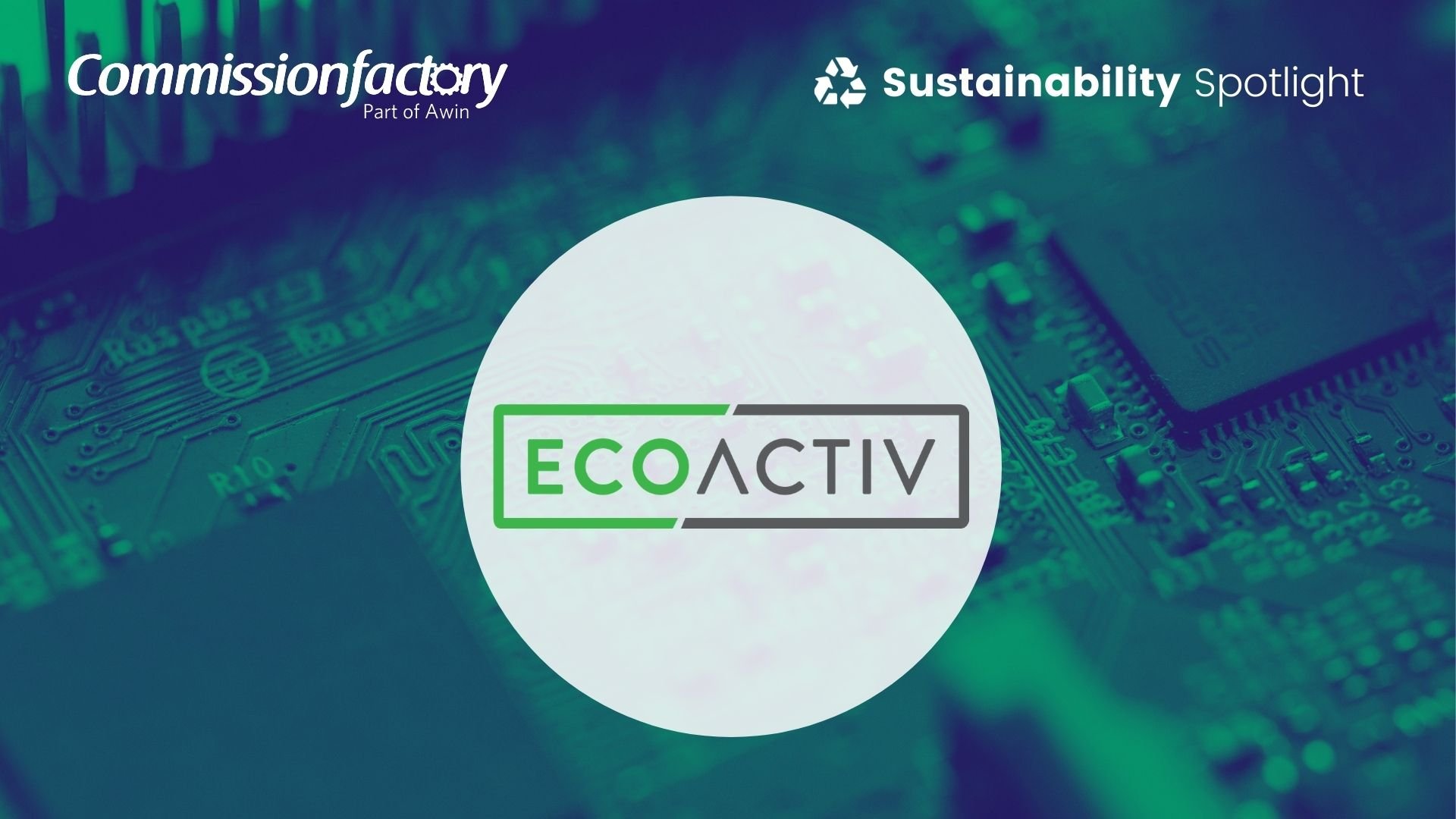 E-waste is the waste generated by disposed-of electronic items, such as old televisions, mobile phones, laptops, etc. Essentially, any item that contains a battery, electric wiring, or circuit boards can become e-waste, if it is not recycled. The Australian Bureau of Statistics defines e-waste as “waste electrical and electronic equipment that is dependent on electric currents or electromagnetic fields in order to function” (1).

What is the Size of the E-waste Problem in Australia?

Australia is one of the world’s primary users of technology, with Australians buying more than four million computers and three million televisions per year (1). According to Cleanup.org, 88% of those televisions and computers will not be recycled and will end up in landfill (2), contributing to the +140,000 tons of e-waste produced in Australia every year. If just half of the televisions purchased by Australians were recycled (and 98% of all parts in computers and televisions can be recycled), then 23,000 tons of carbon dioxide emissions would be prevented from entering the atmosphere (2).

What is Commission Factory Doing to Combat the E-waste Problem?

In order to help combat the e-waste problem, Commission Factory has partnered with Ecoactiv, an electronic waste recycling firm, for an e-waste collection. Clients, team members and partners are encouraged to have a look around their homes and offices for electronic items which they have been meaning to dispose of and drop them off at the collection point for recycling instead. By running this collection with Ecoactiv, Commission Factory aims to save a number of electronic items from landfill and encourage its partners to rethink their consumption and disposal of electronic items, both now and into the future.

How Does the Ecoactiv E-waste Collection Work?

What Can Commission Factory’s Partners Do to Help?

Where Do the Donations Go?

Once collected by the Ecoactiv team, the e-waste will be recycled and repurposed. The Ecoactiv team will sort the items according to the best place for them to end up. That may be in a charity shop for sale (if the item can be fixed or is still functioning) or broken down for safe, efficient and thorough recycling (3).

Reducing e-waste is not only about a healthier environment, it is also better for humanity’s health and wellbeing, it reduces the overall amount of rubbish in landfills and also creates jobs. The e-waste recycling sector is growing, and more people will need to be employed to help address the e-waste problem.

On top of reducing e-waste,  as part of Ecoactiv's emeals initiative, launched in June 2020, for every recycling booking, five meals will be donated to national food rescue organisation, SecondBite.

SecondBite is a leading national food rescue organisation. They work with a range of food suppliers to rescue surplus fresh food from across the network, and redistribute it to local charities and non-profits around Australia.

Dates and Times for E-waste Drop-off

Up until the 18th of February at 5.30pm, electronic items can be dropped off for the Ecoactiv e-waste collection at Commission Factory’s Sydney office. The address for drop off is 410/32 Martin Place, Sydney, NSW, 2000, Australia, alternatively businesses or individuals can book a collection direct with Ecoactiv.

Together, Commission Factory’s partners and our team can make a significant, positive impact on the e-waste problem in Australia.